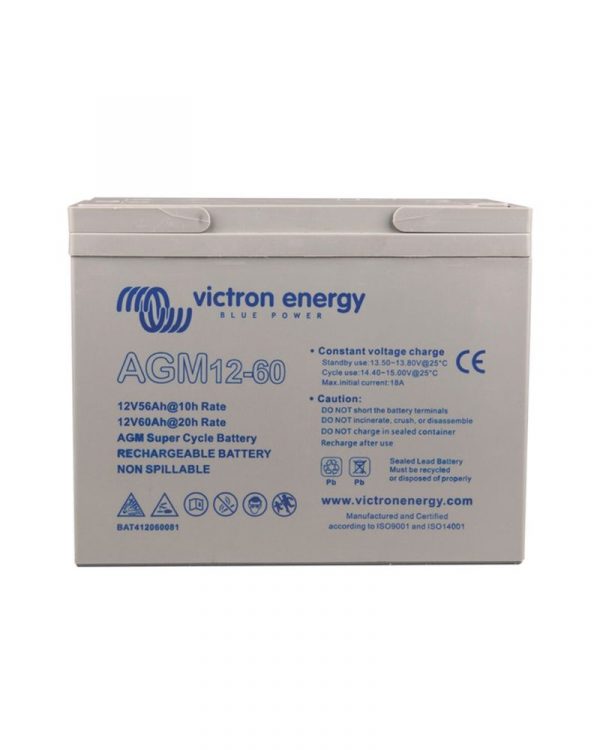 The AGM range has very low internal resistance making them particularly suitable for high current discharge applications such as for inverters, thrusters and winches.

The AGM Super Cycle batteries are the result of recent battery electrochemistry developments.

The paste of the positive plates is less sensitive to softening, even in case of repeated 100% discharge of the battery, and new additives to the electrolyte reduce sulfation in case of deep discharge.

Tests have shown that the Super Cycle battery does withstand at least three hundred 100% DoD cycles.

The two hours rest period in discharged condition will damage most batteries within 100 cycles, but not the Super Cycle battery.

We recommend the Super Cycle battery for applications where an occasional discharge to 100% DoD, or frequent discharge to 60- 80% DoD is expected.

An additional advantage of the new chemistry is a slightly smaller size and less weight compared to our standard deep cycle AGM batteries.

There are no reviews yet.

Ask questions, show off your projects, and get the latest deals and updates!